What else happened at Hostelco. We were there

Hello, coffee fans. We continue to detail more of everything that took place last week in this impressive edition of Alimentaria / Hostelco 2018. Within the framework of the multiple activities presented in the salon, an interesting coffee tasting contest was organized, proposed by the friends of Forum Cultural del café. It was the second tasting championship in Spain.

Putting the senses to the test 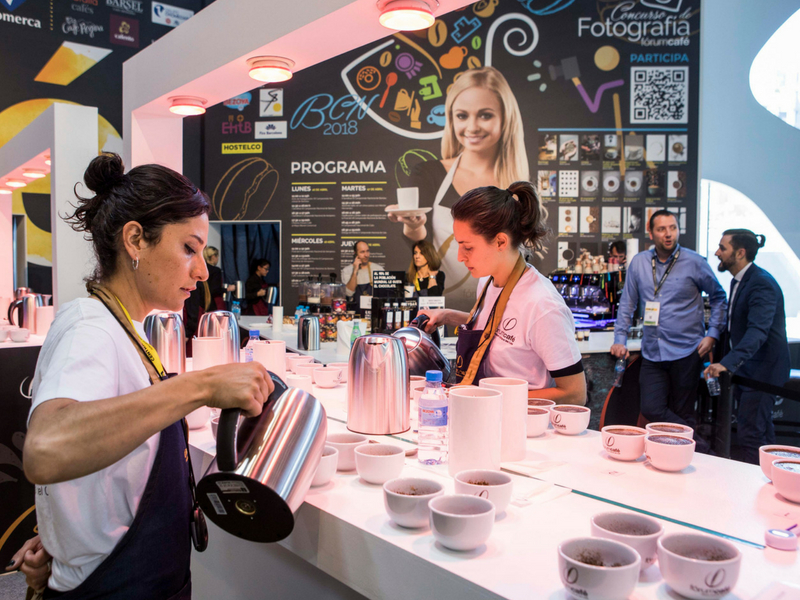 There I was, involved in a thousand things at the fair and I thought about signing up on by the way and participate. I didn´t even register in the list of participants. To my surprise, I’ve resulted second! The truth is that to be as good as a second place I hadn´t even prepared myself. Being second was a joy and a fantastic result, later I´ll do a sprint and I tell you how to train the senses to become a good taster. As in many things, the skills and senses that are used for tastings – not only of coffees but also of wines or other foods – you have to remember to train them, that is practice, practice, and practice.

Jesús Hernández Fernández was the one who took the title of best coffee taster in Spain, thus winning the first National Coffee Tasting Championship organized by Forum Café within the framework of the Hostelco Salon. This Aragonese was the taster who got the best score in a highly disputed final, in which I shared the spotlight with some of the best coffee tasters in the country. We were faced with several triangular tasting rounds of specialty coffees, plus a demanding memorization test.

A very good experience to share with all of you, and let´s prepare for the first place next year.

In love with coffee and service

This website uses cookies to improve your experience while you navigate through the website. Out of these, the cookies that are categorized as necessary are stored on your browser as they are essential for the working of basic functionalities of the website. We also use third-party cookies that help us analyze and understand how you use this website. These cookies will be stored in your browser only with your consent. You also have the option to opt-out of these cookies. But opting out of some of these cookies may affect your browsing experience.
Necessary Siempre activado
Necessary cookies are absolutely essential for the website to function properly. This category only includes cookies that ensures basic functionalities and security features of the website. These cookies do not store any personal information.
Non-necessary
Any cookies that may not be particularly necessary for the website to function and is used specifically to collect user personal data via analytics, ads, other embedded contents are termed as non-necessary cookies. It is mandatory to procure user consent prior to running these cookies on your website.
GUARDAR Y ACEPTAR