The “Waiter of the Year” contest continues 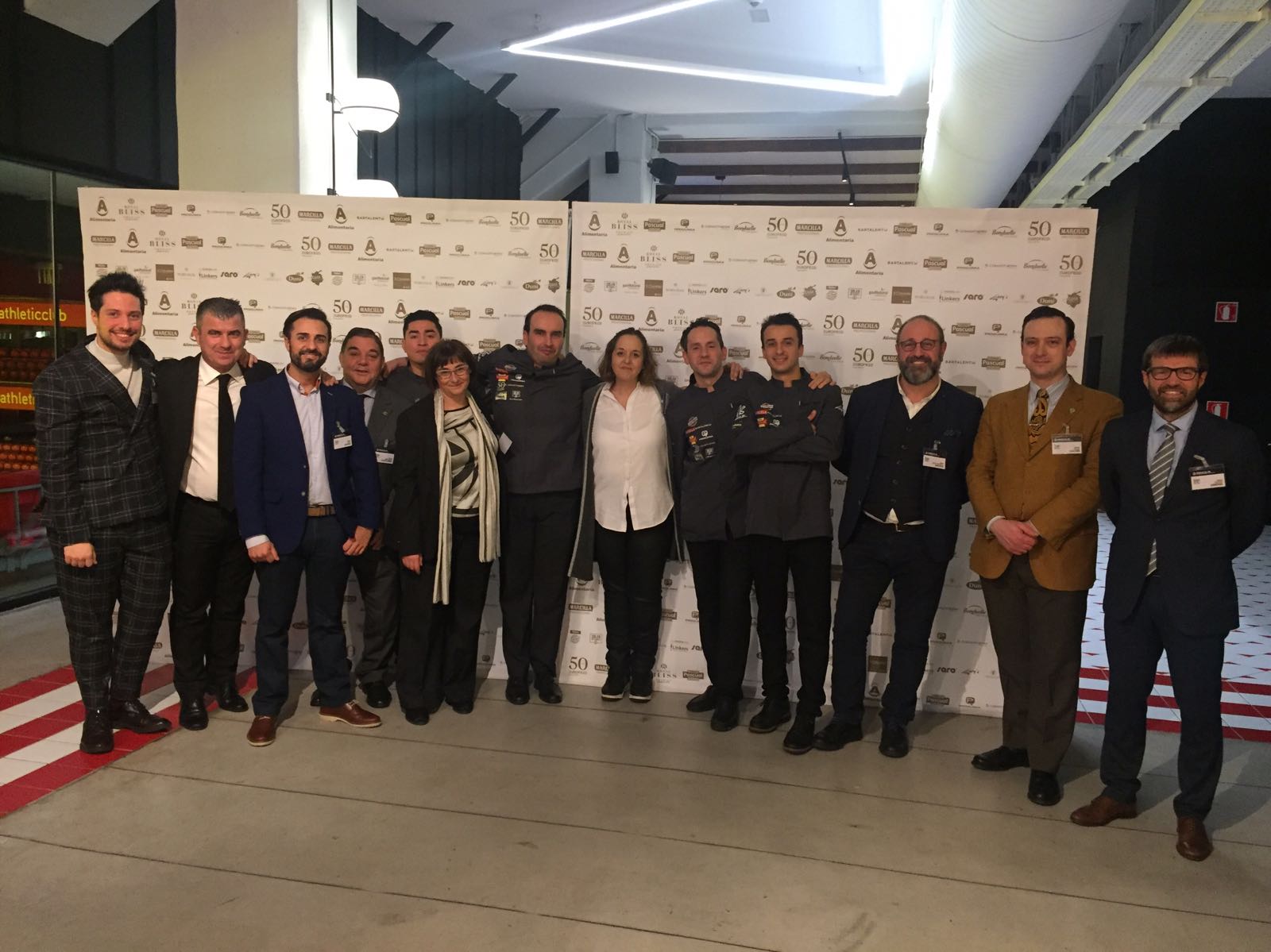 Third stage: Everyone to Bilbao!

On December 13th, we were present at the Bartender of the Year contest, once more as a jury between real eminences and celebrities, and also with a talk with New trends as a theme, that made everybody stick to the stage.
As you know, in parallel to the Cook of the Year semifinal, the tests of the Waiter of the Year contest were called for the third semifinal. This time, the San Mamés Stadium in Bilbao was the scenario and witness of the selection of one more semifinalist to compete in the grand final, which will take place in April 2018 in the framework of the Barcelona Food Fair.

In this last semifinal, professional waiters or students from the last year of the Community of Madrid, Castilla y León and Castilla La Mancha participated. Unlike the eight finalists who are selected for the Chef of the Year Competition, only four are in the waiters’ contest, and you will imagine that the tests are more than demanding, only the one that does better than the rest is given the opportunity to go to the grand final.

The finalist for this edition Bravo!

Omar Echaure is a waiter from Logroño who, after working in wineries such as Ontañón or others in France and Sapin, in hotels such as Marqués de Riscal y Álava, and in several restaurants, is currently working as a waiter in Singularis de Riojaforum (Logroño). To get his place in the grand finale of the Waiter of the Year Contest 2018, Omar had to successfully overcome the very difficult tests to which the participants in this contest are subjected before a professional jury and expert in each of the specialties.

The members of the jury of this third semifinal and those who decided that Omar Echaure should win were: César Cánovas, President of the Waiter of the Year Contest Jury and Brand Ambassador of the Monvinic Restaurant of Barcelona; Elsa Gutiérrez, Maitre Sommelier of the Annua Restaurant (2 *) of San Vicente de la Barquera (Cantabria); Ismael Álvarez, Sommelier at the Nerua Restaurant (1 *) in Bilbao; Koro Santos, associate professor of the Basque Culinary Center; José Manuel González, trainer for Grupo Mahou-San Miguel; Fran Ceacero, President of the Association of Barmen de Vizcaya, and me as barista and trainer.

Among them, there was the brewing of beer, cocktails, sommeliers, coffee tasting, the preparation and service of a dish, and more. And the winner not only passed the tests successfully, but also made them outperforming the other competitors, which were three, Carlos Pascual from the Azurmendi Restaurant (Larrabetzu, Vizcaya), Jagoba Santesteban from Geo Cocktail Gastrobar (Balmaseda, Vizcaya) and Ainhoa Goñi from The Pintxito (Bilbao, Vizcaya).

Now it´s time to get ready for the next stage, attention because we will also be there to share with you all the details. Let´s go for the final! Thank you.

Xavi Iglesias
We all do the restaurant, and we all do as a client